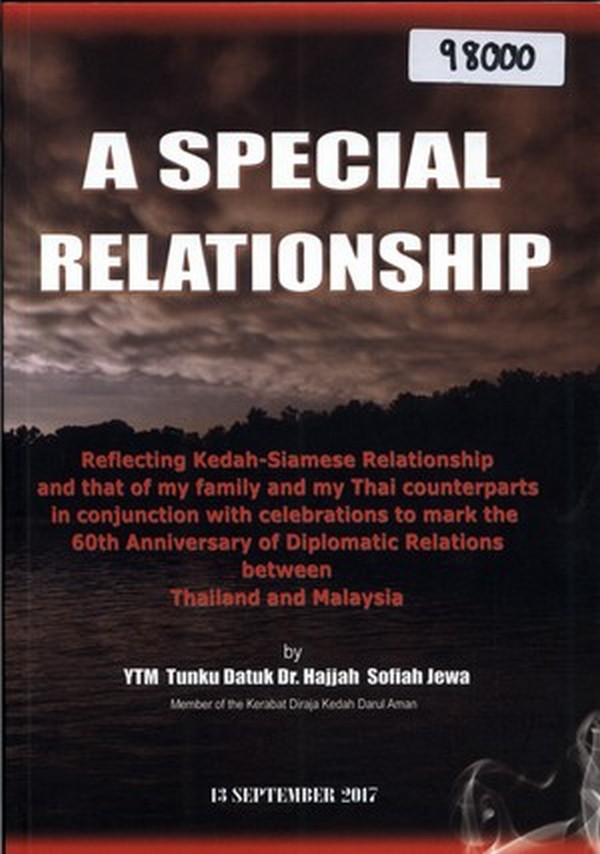 A Special Relationship: Reflecting Kedah-Siamese Relationship and that of My Family and My Thai Counterparts in Conjunction with Celebrations to Mark the 60th Anniversary of Diplomatic Relations between Thailand and Malaysia