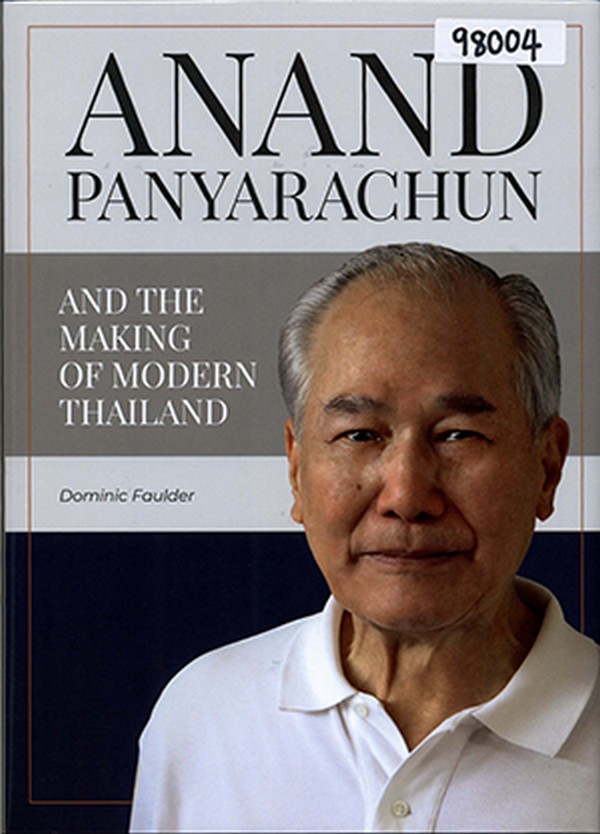 Anand Panyarachun and the Making of Modern Thailand

Presents biography of Anand Panyachun - one of Thailand’s most influential figures. Describes Anand’s childhood in bucolic Bangkok that was disrupted by World War II and the Japanese occupation. Explains his formative years in postwar England and his rise at a young age to the top of the Ministry of Foreign Affairs during the height of the Vietnam War. Reveals Anand’s involvement in the ending of the US military presence in Thailand and his antagonism towards Thailand’s military, the unexpected invited to become prime minister in 1991, and his vital role in the attempt to bring lasting constitutional reform to Thailand. Related to topics on the Asian financial crisis & Thai-US relation (1997), Anand’s roles in private sector, and his retirement.