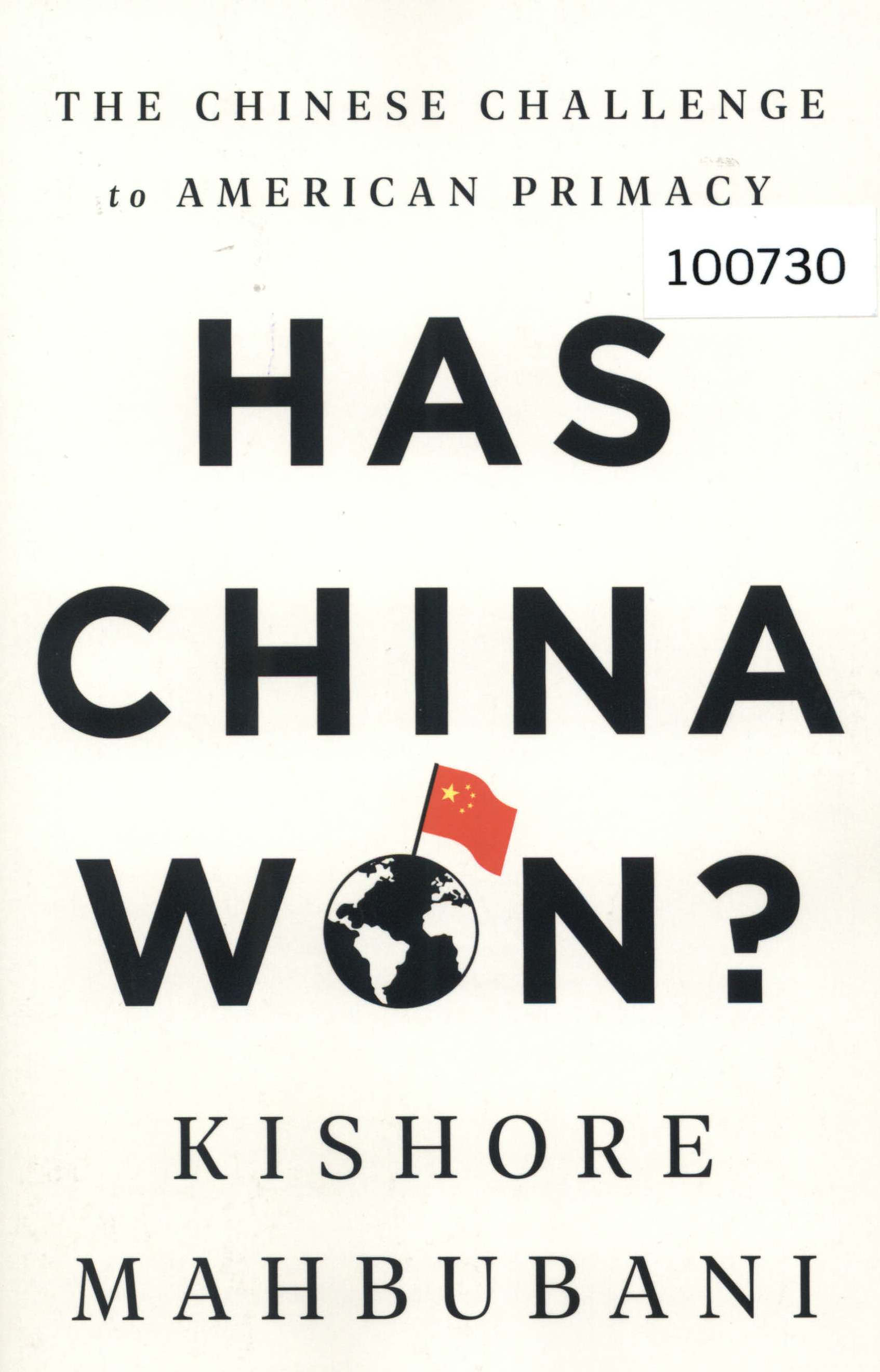 Has China won? : the Chinese challenge to American primacy

Evaluates the two sides, and shows how China has been thinking on a global scale, launching ambitious initiatives under some of the world's most pragmatic and competent leaders. Most critically, the Chinese people have regained their cultural confidence. Chinese society is now infused with innovation and dynamism. Meanwhile, America has seen the power of its economic model damaged by the 2008 financial crisis.